NEWS AND INSIGHTS FROM FINTRX

Opportunities to allocate capital directly are more prevalent now than ever before, and family offices seem to be at the center of this continued growth. In utilizing the FINTRX family office data and research platform, which provides intel into thousands of direct deal transactions made by 3,030+ family offices around the globe, we explore three family offices directly investing in pharmaceutical companies.

In April 2019, Bellco directly invested in Asklepios BioPharmaceutical, Inc. (AskBio), a clinical-stage gene therapy company on a quest to advance genetic technology and life-saving AAV gene therapy. Its clinical pipeline covers a broad range of central nervous system, neuromuscular, metabolic, and cardiovascular disorders. Its technology and AAV therapeutic assets were acquired or licensed by leading pharmaceutical companies such as Bayer, Pfizer, Takeda, and Novartis. AskBio has additional research and development facilities in Edinburgh, Scotland, and Paris, France, as well as gene therapy manufacturing in San Sebastian, Spain. Bellco Capital makes venture capital investments through its affiliate, Vida Ventures, which seeks to invest in transformative biomedical innovations across all stages. Bellco will take part in co-investment and joint venture opportunities and can act as the lead or non-lead investor.

In April 2020, Cerus directly invested in Laboratori Derivati Organici SpA (LDO), a global manufacturer of Active Pharmaceutical Ingredients ("API"). The product portfolio of LDO includes heparin, a widely used medication that prevents the formation of blood clots, along with a series of other specialized biological APIs. Since its establishment in 1960, LDO has oriented its productions towards the extraction of active pharmaceutical ingredients from animal organs. LDO distributes its products throughout five continents to multinational enterprises and local companies in the pharmaceutical, cosmetic, and nutritional fields, focusing primarily on the Far East (Japan and Korea) and European markets. With over 50 years of experience in the production of Glycosaminoglycans (Mucopolysaccharides) and anti-anemic action iron derivatives, LDO is one of the field’s leading players.

Cerus primarily seeks investment opportunities throughout Europe, North and South America, the Middle East, and North Africa, and invests across all stages of a company's life cycle. The group will work with other family offices and institutional investors to leverage their deal-making and investment expertise. Cerus has additional offices in Dubai, UAE, and in La Jolla, California.

To see a glimpse of the technology and how we could help streamline your prospecting processes, please request a demo below:

Renae Hatcher is member of the marketing team at FINTRX - focused on delivering targeted & relevant family office content to our subscribers.

A vast array of the world's asset managers, bankers, private businesses and fund managers leverage the FINTRX data and research platform to identify, access and raise family office capital. Blending research, analytics and technology into a single solution, we have provided further analysis into prominent family office data trends our research team compiled from February of 2020.

FROM THE BLOG
3 Largest Registered Investment Advisors (RIAs) in Vermont 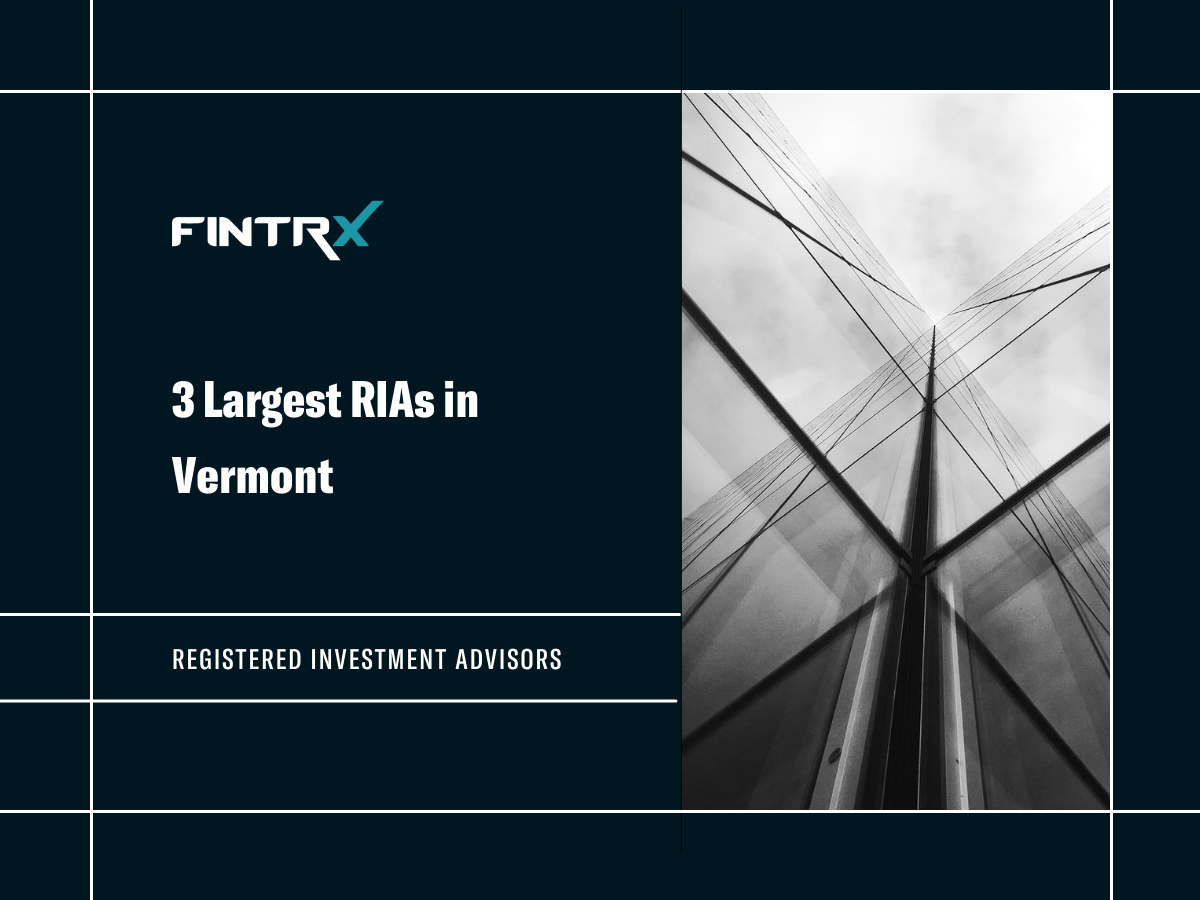